High up at the foot of the Annapurnas, this trek takes you on a path less traveled, revealing the secret valley of Naar Phu and its Manangi villages. The Naar Phu valley retains its well preserved open, wild spaces, ideal for trekking. A hike to the pristine Tilicho Lake and grand views of mountains are some of the highlights.

Walking beyond the verdant rice fields and forests, we climb up to the mountainous region where there are glaciers nearby. Arriving at Metha, Chako, Kyang and Phu, we see villages of dry-stone houses, chortens and fluttering prayer flags in a high altitude desert displaying unmistakable Tibetan cultural influence. We leave the Naar Valley by crossing the Kang La (Pass) at 5,322m and find the dominating Annapurna and Manaslu ranges right in front of us. Quickly crossing the more widely visited Marsyangdi valley, we come across the highest glacial lake in the world at almost 5000m, before crossing the little-used pass of Mesokanto La. To the north, we can see Mt. Dhaulagiri and the region of Mustang. This incredible excursion at the foot of the giant peaks ends in Jomsom.

HIGHLIGHTS
- The crossing of two passes: Kang La and Meso Kanta La and their great views of the Himalayas
- The drastic changes of landscape and the wide range of ethnic groups
- The icy Tilicho Lake, the highest glacial lake at more than 4,900 m
- The isolated valley of Naar Phu, the untouched villages of the Naar Valley and Phu Gaon, a village of well-preserved Tibetan culture.

Pick-up at the airport, transfer to the hotel and check-in.

Early morning transfer by minibus to the village of Besisahar (950 m.) where our porters await our arrival.
Then drive to Jagat with the team by local jeep (1,300 m.)
- Accommodation: Lodge

We walk along the Marsyangdi River, followed by a routine climb to Chamje, after which the ascent becomes steeper as we climb up 300 m to reach the village of Tal, located near an old lake dominated by a large waterfall. The afternoon hike goes down a gentle slope to reach Dharapani, a charming village at the confluence of two rivers.
- Ascent: + 650 m.
- Duration of Hike: 4.5hr
- Accommodation: Lodge

Start with an hour’s hike to arrive at Bagachap from where we enjoy a view of Annapurna II. On the way to Danque, the Manaslu Range comes into view. We then leave the Marsyangdi River and head up to High Timang taking an hour to climb. After walking through a rhododendron forest (full bloom in the spring), we get superb views of the Himalayas and the nearby valley. The hike after this is easy all the way to Thanchok. We then come across a pine forest and arrive at Koto, a small Gurung village by the Marsyangdi River.
- Ascent: + 900 m.
- Descent: - 250 m.
- Duration of Hike: 5hr
- Accommodation: Lodge

From Koto, we enter the high valleys of Naar and Phu in the rain shadow areas. They have recently been opened to tourism. We cross the Marsyangdi River via a suspension bridge and walk along the right bank of the Naar Phu River. The path has been carved out of a cliff. We walk on rock slides and come across yet another pine forest. After a two- hour hike, we cross a suspension bridge and continue walking on the left bank. Then, once again, we cross the river via a wooden bridge. Wedged between the vertical cliffs, the gorges become narrower as we go along. We then head to Dharmasala where we enjoy an amazing view of Lamjung Himal (6,932 m.).
After more than an hour of walking, we cross a small stream and climb up for about 300 m on a very steep path to reach Metha, the first village with dry stone houses in a beautiful valley. Fascinating view of Annapurna II (7,937 m.) and Lamjung (6,932 m).
- Ascent: + 1300 m.
- Descent: - 400 m.
- Duration of Hike: 7hr
- Accommodation: Lodge/ Homestay

The vegetation gets sparse at this altitude: wildflowers, juniper and birch trees whose barks once served as paper for the writing of religious texts. Khampa warriors, originally from Kham, in Eastern Tibet, once settled in Metha after  the Chinese invasion of Tibet in 1959, until military intervention of the Nepalese army in 1975. During winter the inhabitants of Naar and Phu descend to this village.

We then take the trail leading up to Phu along the Phu River. After walking for 1 ½ hours on a rather flat path, we arrive at Jhunum (3,640 m.). On the trail, we come across sheep pastures and enjoy splendid views of the glaciers. We cross two torrents and the village of Chaku (3,750 m.), once a settlement of the Khampas. We continue along this path up to Phu along the river of the same name.
We cross the Labse River (“Snow leopard” in Tibetan) to get to Kyang. There, we are greeted by a refreshing sight: Pisang Peak (6,091 m.), Tilje Peak, Gyaji Kang, Pokharan Himal and other peaks. The numerous Chortens along the way remind us that we are in a Buddhist area.
We continue walking on a path cut out of a rock and then hike along the river where we find herds of Blue sheep (naurs), a favorite prey of the snow leopard. A beautiful trail leads us up to the first gate of Phu and we pass along a large mani (stone inscriptions) and some ruins. After an hour of walking on even ground and crossing a large suspension bridge, we finally arrive at an impressive gate at the village of Phu. This village, which was once at the crossroads of the Trans-Himalayan trade route, is perched on a small rocky promontory and the houses merge beautifully with the rock. We are rewarded with enchanting views of Himlung (7,126 m.), Kangguru, Pokarkang (6,265 m.) and the Annapurna Range.
- Ascent: + 1100 m.
- Descent: - 700 m.
- Duration of Hike: 7hr
- Accommodation: Lodge

Rest day: rest and visit the Tashi Lhakang Monastery located on the other side. Tashi Lhakang is one of the oldest monasteries in the Nepal Himalaya. Later in the day, we begin our descent to Chaku.
- Ascent: + 500 m.
- Descent: - 700 m.
- Duration of Hike: 5hr
- Accommodation: Lodge

We descend towards the Phu Khola River (3,400 m.). We cross the river via a suspension bridge and go up to the village of Naar. The climb is gradual and the trail is littered with chortens and prayer walls. With the afternoon free, we visit the village and rest in anticipation of the next day’s challenging hike.
- Ascent: + 900 m.
- Descent: - 500 m.
- Duration of Hike: 5hr
- Accommodation: Lodge/Homestay

We leave very early in the morning and climb up gradually until we reach the Kang La (Pass) Base Camp. We enter a universe of rocks and moraines. There are beautiful views of East Chulu and West Chulu as well as the Pisang Peak. The camp is at the foot of the Kang La (Pass) (4,400 m). From the pass, we enjoy a panoramic view of the Annapurna range. Then we finally descend to the lovely village of Ngawal.
- Ascent: + 1200 m.
- Descent: - 1700 m.
- Duration of Hike: 8 to 9hr
- Accommodation: Lodge

We continue along the mountain side on a steep path to the Tilicho Base Camp.
- Ascent: + 400 m.
- Duration of Hike: 4 to 5hr
- Accommodation: Lodge

We start with a pleasant climb towards the lake by the moraines. At an altitude of 5000 m, the Tilicho Lake is a glacial lake formed by the accumulation of glacial melt water flowing down from the entire northern Annapurna. The lake is a Hindu pilgrimage site linked to the Ramayana. There are spectacular views of the Annapurna ice walls and Tilicho Peak (7,134 m.). The site along the lake, with a sprinkling of wildflowers in spring and summer, is ideal for camping.
- Ascent: +700 m.
- Duration of Hike: 5hr
- Accommodation: Bivouac under a tent

We walk along the lake for a few hours, until we reach the Mesokanto La Pass. Splendid views of the Annapurna, Dhaulagiri and Nilgiri mountains. We also enjoy a bird's-eye view of Mustang. We then descend to a Kharkha (a sheep pasture).
- Ascent: + 200 m.
- Descent: - 1,590 m.
- Duration of Hike: 7hr
- Accommodation: Bivouac under a tent
NB: Crossing the Mesokanto La Pass is difficult. Crampons are necessary for the steep and often icy descent, whatever the season. Fixed ropes will be used for the steepest passages. There are three small passes here: North Mesokanto La, Mesokanto La and Mandala Pass. The guide will choose the pass on the spot, relying on his knowledge and the situation at hand. In case of snowfall or if crossing one of the passes proves impossible, plan B will be offered via the Thorong La Pass. This option adds two days to our trek to reach Jomsom: hence a safety day.

This day, we descend to the Kali Gandaki Valley. We hike by the beautiful village of Thini and continue on to the small turquoise lake of Dhumpha. Finally, we reach Jomsom, the capital of Kali Gandaki and its altiport.
- Descent: - 800 m.
- Duration of Hike: 4hr
- Accommodation: Lodge

We fly from Jomsom to Pokhara. Transfer to the hotel.
Free day in Pokhara.
- Meals on your own
- Accommodation: Hotel
* NB: For those who do not want to take a domestic flight: the other option is by road: taking a local bus or a private jeep (approximately 6hr along a dirt track and 3hr on a paved road).

Drive back to Kathmandu.
- Meals on your own
- Accommodation: Hotel

- Meals on your own
- Accommodation: Hotel

- 4 nights in Hotel Holy Himalaya on BB
- 1 night in Lake Side Retreat on BB
- ACAP, TIMS and special permit Narphu
- Flight Jomsom Pokhara
- Trek in lodge and camp on full board
- Transport in private vehicle with AC according to the program & local jeep (s) privatized (s) from Besisahar to Jagat
- English speaking guide for trek and His / Her flight
- Personal carrier (max 12 kg per participant)
- Team camping with camping equipment and kitchen for the passage of Tilicho-Masokanta 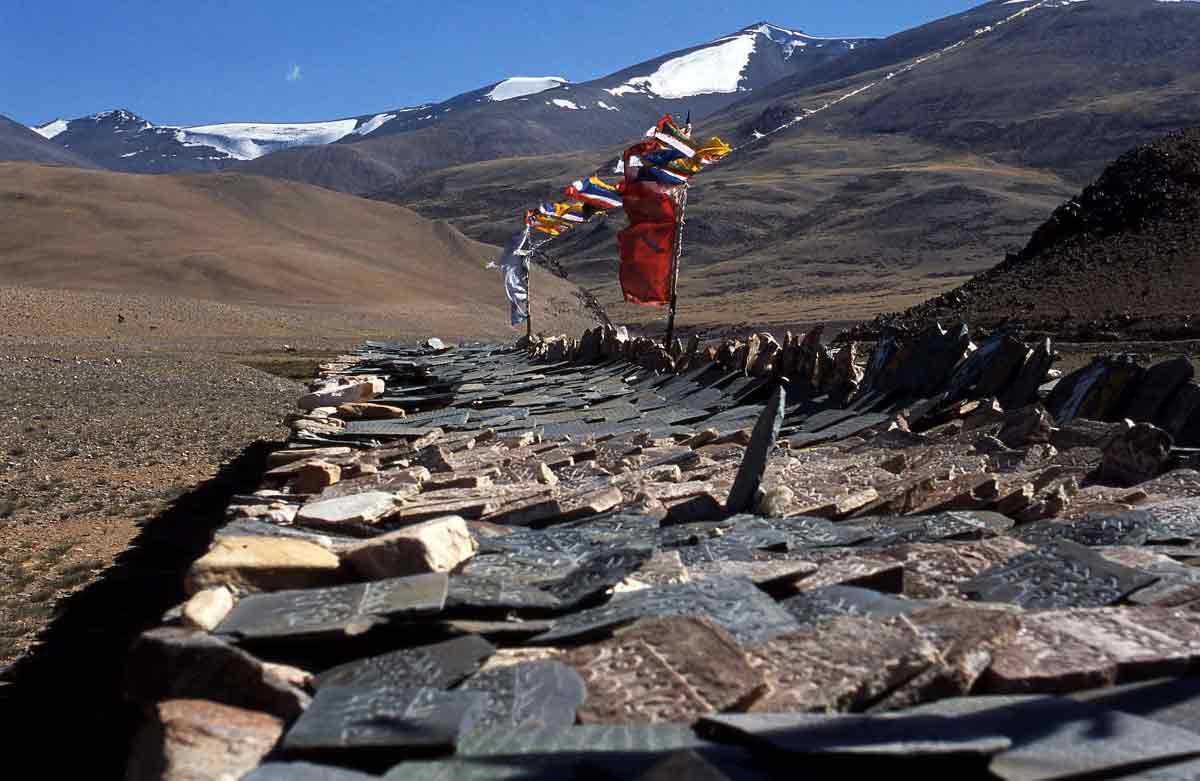 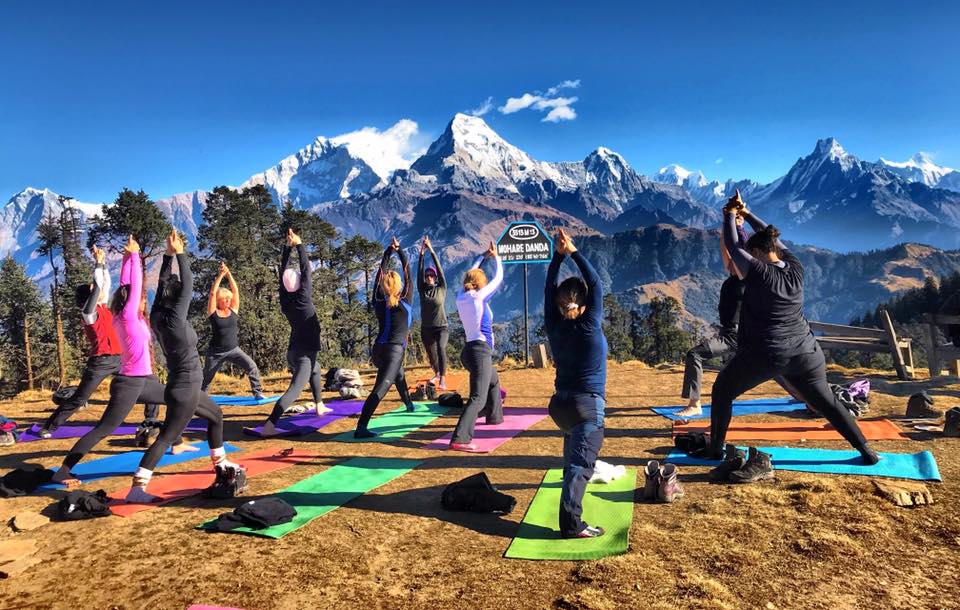 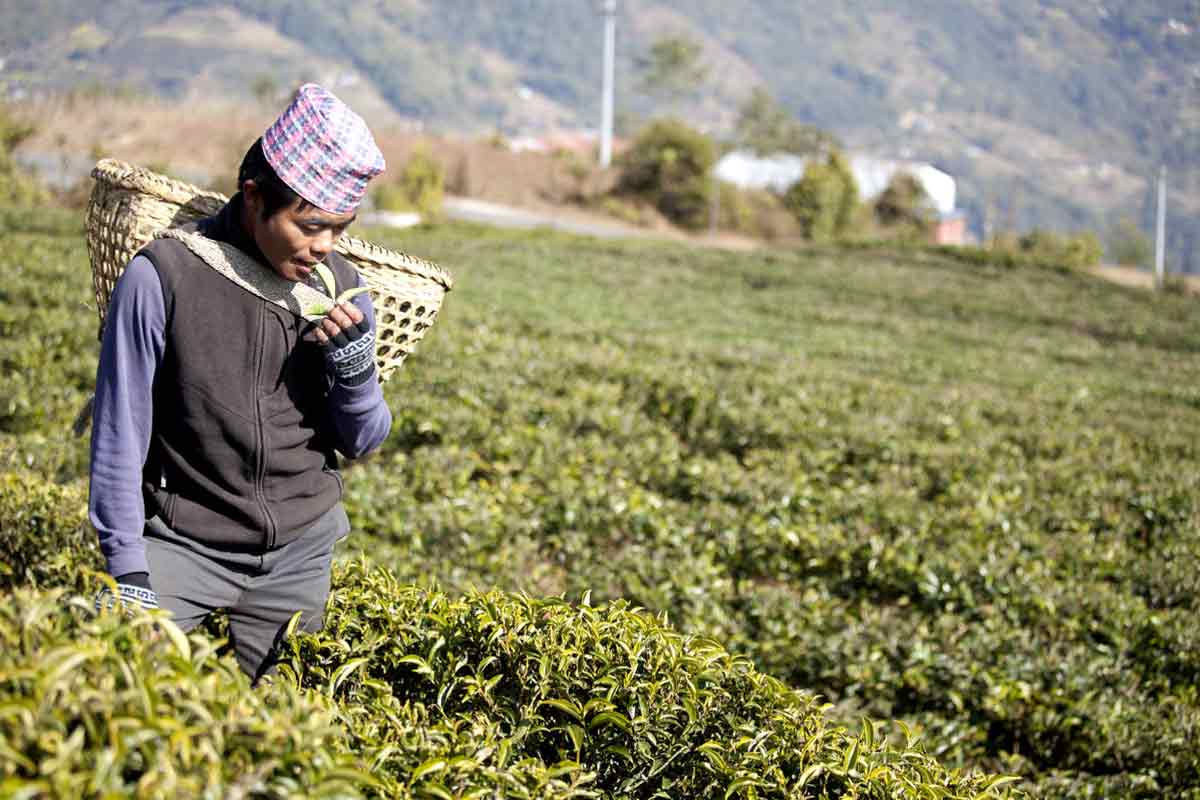