THE FESTIVALS OF NEPAL

THE FESTIVALS OF NEPAL

If the treks to Annapurna or Everest base camp area for the majority of visitors the main attractions of a trip to Nepal, with its plethora of ethnic groups (around sixty), cultures, languages, religions, from Tibetan culture in Sherpa country to fisherman-gatherers from the Terai jungle, passing by the Newars of the Kathmandu Valley, Nepal is of unequaled cultural richness but too often overlooked by travelers. "Nepal: Once is not enough", this slogan of the Nepal Tourism Board, which is not untrue, and almost 40% of travelers return there for a second stay, and often more. And what could be better, to deepen the encounter with the Nepalese and to understand the soul of the country than to attend one of the many festivals that punctuate the daily life of the peoples of the Himalayas, In bulk and out of order, the most important festivals are The Night of Shiva (Shivaratri) in Pashupatinath, a great moment for ganja lovers, in particular, the masked monastic dances, all in brocade, of Mustang or Dolpo, Holi "the festival of water and colors", particularly impressive among the Tharus of the South, the monumental cart of Machendranath which wanders day and night for weeks on the streets of Patan, the collective trance of Bisket Jatra in Bhaktapur or Lakshmi Puja also called Tihar (the festival of lights) for prosperity and wealth. To only cite a few. 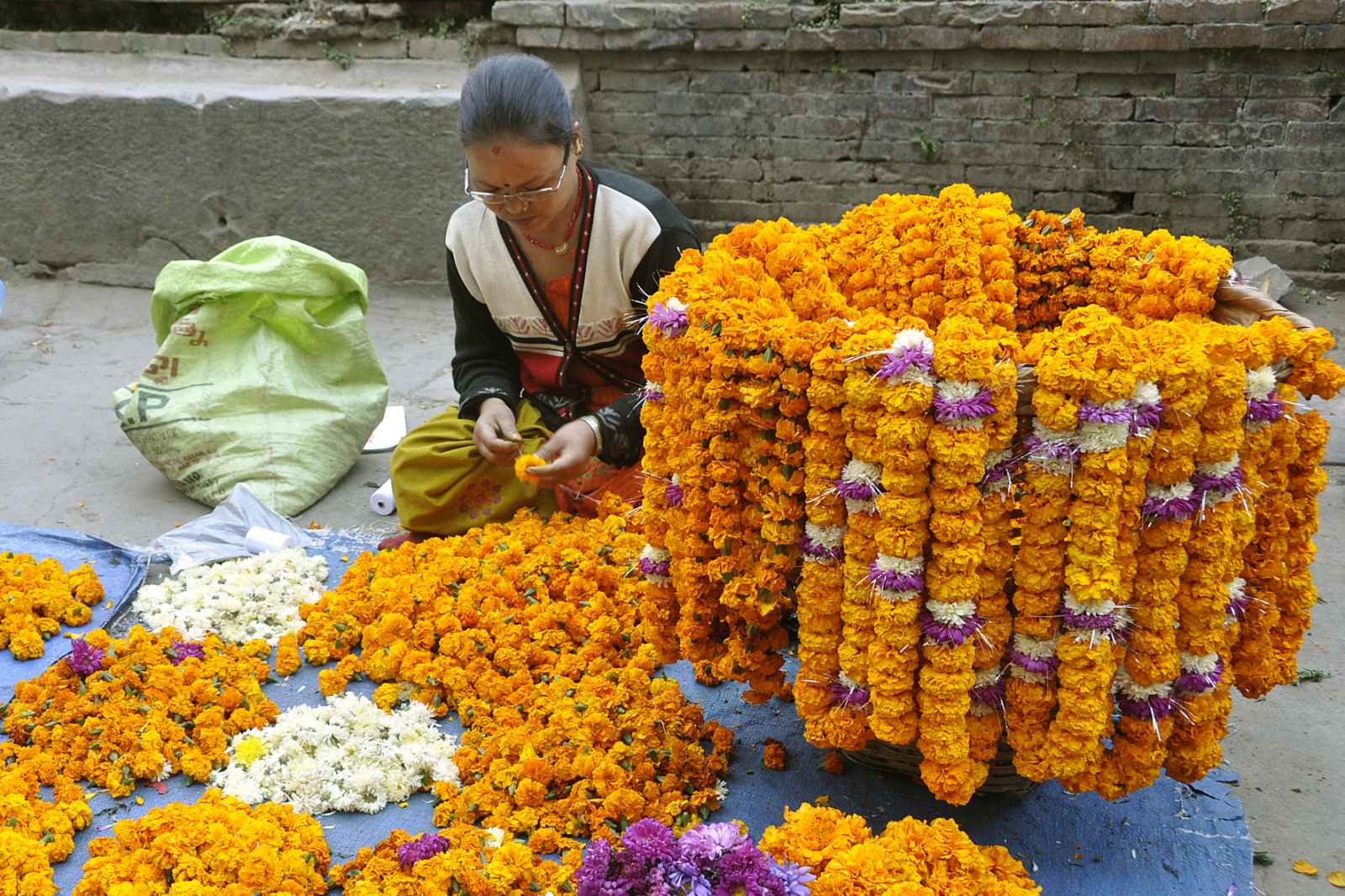 In fact each village, each caste, has its own calendar of festivals, it's wedding, birth and death rites, its animist, shamanic, Buddhist or Hindu religious rituals, trances and epics, myths, and votive festivals. dedicated to an unlimited number of deities of all sizes, of all shapes, for all ages, living under stones, in trees, at the confluence of rivers, and in the sky too of course! Because Nepal is still living in the age of myths, magical thinking, the very presence of the religious who frame daily life and govern community relations. In other words, it has not (yet completely) gone through the reductionist reel of the race to the bottom, of single thinking, of rationality, of the consumer society ... And thank God! because this is what still makes it charming and authentic, and encourages so many travelers who have tasted it once to return to Nepal for this immersion in a world in danger of disappearance. 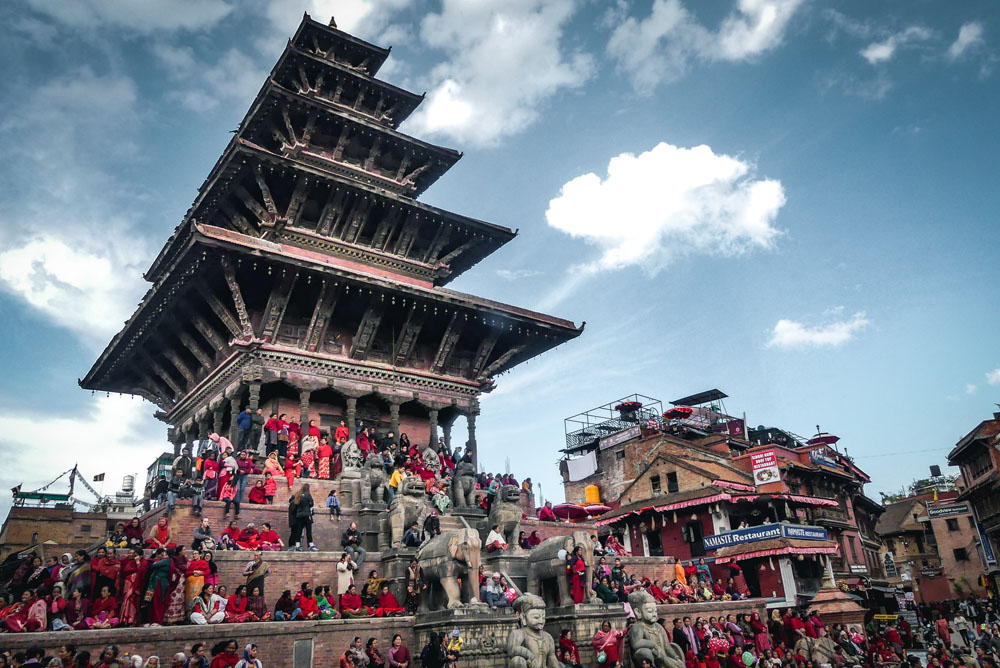 This explains that the difficulty to know sufficiently in advance these festival dates which generally follow the lunar calendar, - or sometimes not - and therefore change each year and, here again, we must be careful because, for example, in the Sherpas or Tamang calendar, when a day is bad, it is simply deleted, even if it means splitting the next one ... which is of course sometimes it has unpleasant surprises which and can create frustrations for the travelers who are too Cartesian or in a hurry (and who often have a flight back to go to work!).

Because you should know that in Nepal all life events are programmed and fixed by astrologers (Jyotish), who are a powerful full-fledged caste, following sophisticated diagrams and extraordinary complexity. We consult them for everything, the first name of an infant, the feasibility of a trip and the laying of the first stone of a house, the compatibility (astrological) of the spouses for a marriage during the month they have identified. as auspicious, the date and time of the signing of a trade agreement and the opening of the parliamentary session, the harmony of the partners of a society, and of course everything related to religious festivals and affiliates, that is to say, the whole daily life of the Nepalese ...

This sometimes creates funny situations when the stars decide for example that a wedding ceremony must imperatively be celebrated at 5 am or that the planets of such a minister are not sufficiently aligned… Besides, when the Nepalese government wanted to establish the time change to save energy, the Jothishs immediately went on strike arguing that their job was already complicated enough that not to add more!

Some suggestions of festivals on which to possibly stall a trip or a trek in Nepal while taking care to tell us about it before to be sure (as much as possible) to be there on time!

- Shivaratri, the night of Shiva in Pashupatinath in February, large gathering of Sadhus, from all over India.

- Tiji Festival in Lo Manthang (Mustang), in May, oracular festival and monastic dances performed by the monks of the monastery, in the heart of the old citadel.

- Tibetan New Year especially around Boudhanath and Swayambhunath, the two big Buddhist stupas in the Kathmandu valley, between February and March depending on the year.

- Shaman Festival at Gosainkund Lake in August, for the brave who are ready to take on the trekking trails in the monsoon.

- Bisket Jatra in Bhaktapur generally in mid-April, one of the most intense festivals on the calendar (see an article on the Base Camp Trek website)

- Monumental cart of Machhendranath in the streets of Patan. Assembled each year, the Chariot pushed by hundreds of devotees must ... (to be finished) 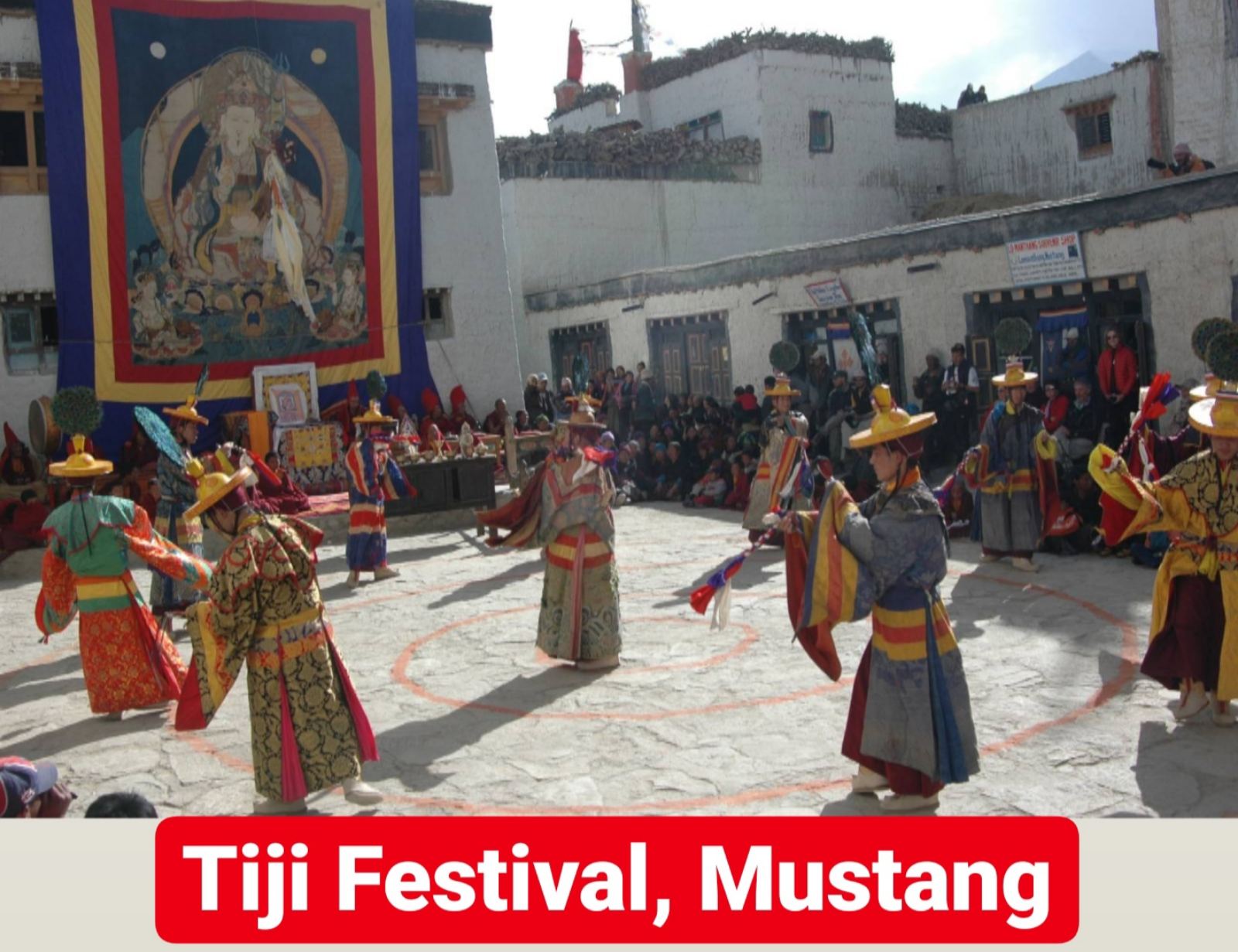 - Lakshmi Puja, Tihar festival, goddess of abundance, which brings the lights, firecrackers and the magnificent yantras are performed on the sidewalk, The three weeks of the Dashain festival, the most important in Nepal which usually takes place at the end of October.
And of course, the courtship displays to the sound of marching bands - but not always in union - wandering the streets of cities and towns where tourists are most often welcome.


so, therefore, it's prudent to consult the calendar of the main festivals on the Base Camp Trek website (calendar of festivals) which we try to keep update by our team for the questions regarding the festivals.
The festivals listed above are just some examples among many. For more information, please see our festival calendar (on the website).

<< Woman and guide in Nepal